Last week, the government sneaked* out, with no publicity, a change to the ministerial code of conduct. A bit boring, don’t you think? But read on…

The specific change relates to a requirement for ministers to comply with the law: the phrase deleted states “including international law and treaty obligations and to uphold the administration of justice”. Senior legal academics and the shadow lord chancellor have described the change as “shocking”, ”staggering” and “a slap to Magna Carta”.

A Cabinet Office spokesman shrugged off the change as a simplification which changes nothing. However, a Tory party policy document had promised a rewriting of the code “to remove any ambiguity … about the duty of ministers to follow the will of Parliament in the UK”. 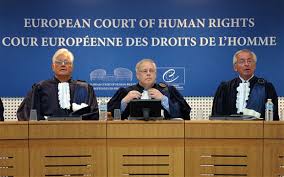 Following Tory proposals to opt out of the European Convention on Human Rights currently under consideration in the Ministry of Justice, this paints a seriously worrying picture of a government which does not wish to be bound by the standards of international law. This is made worse given that the ECHR has British – and Conservative – fingerprints all over its conception and drafting. Winston Churchill was an early proponent of the Convention, a former Conservative Home Secretary and lawyer, David Maxwell-Fyfe, was chair of the drafting committee.

The same “Britain is special” thinking applies in the continuing demand for British exceptionalism in the rules applying to member countries of the EU. When the going gets tough at home, there’s nothing David Cameron likes better than to lecture foreigners on how they should run their countries. Banging on about so-called “British Values” is part of the same mindset.

What is it about this present bunch of government ministers that makes them think Britain is so special that the rules only apply to everyone else?

I suppose if you’ve benefited from an education which instils an attitude of entitlement to boss everyone else around, this type of thinking comes all too easily. Our wonderful unwritten constitution, where the government of the day can make up the rules as it goes along, is also a contributory factor. A good recent example is Cameron adding a load of Tory peers to the House of Lords, swelling its ranks to record numbers – after stating previously there were too many members in the Lords. This was based on a new “rule” he’d just made up stating that the Lords should better reflect the composition of the Commons.

But the price paid for our government’s attitude, in terms of loss of goodwill and of any moral standing that Britain may have in the world, is huge – and very hard to win back, once lost.

Coupled with the sycophancy shown to the Chinese government, with its appalling human rights record, we can only expect to see Britain being vilified, ridiculed and simply ignored on the world stage. So much for the government’s claim about making Britain “Great”!

*It sneaked past the government’s own Attorney General, who was obviously unaware of the change at a speech he gave at an International Law Conference later the same day!