We are still recovering, painfully slowly, from the global economic crash of 2007-8. Average real pay is still below pre-crash levels, with only Greece performing more badly than the UK on this measure within Europe. I fear we now have the conditions in place to sleepwalk into the next crash. The 2007-8 crash started in the USA, the trigger attributed to the collapse in the so-called “sub-prime” mortgage lending market. In other words, mortgage companies lent money to people who, increasingly, were unlikely to keep up with the payments. The Tories under Cameron and Osborne seem to have successfully (and unfairly) laid the blame on the Labour Party, on whose watch the crash occurred. 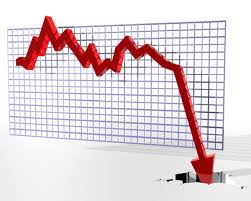 Assuming the Conservatives win on June 8th, I reckon there is a greater than fifty-fifty chance the next crash will happen on Theresa May’s watch. Only this time, the causes will be more home-grown. We don’t have the same set of circumstances as we had just before the last crash, but we have some very similar problems – and the lessons of the last crash have not been learned.

The level of debt in UK households has been climbing to a record high whilst savings have fallen to a record low. The number of County Court Judgements (CCJs) against debtors has hit a ten year high. And now real wages are falling again. The FT reported this last week, along with the assessment that the last ten years have been the worst for wage earners since the Napoleonic Wars 200 years ago. The economy as a whole has been growing at less than half the rate it did for the first 30 years after the war, when economic policies very similar to those in Labour’s manifesto were followed by Tory and Labour governments alike. Such growth as there has been in the last decade has been snuffled up by the richest 1% of the population – leaving the rest of us worse off than a decade ago. And that growth has largely been funded by more personal borrowing.

On top of this, there are strong indications that banks and other financial institutions are finding new ways to lend recklessly. Low, or zero, introductory interest rates are luring more people into the credit card habit. As well as the increasing risk of default, companies have been flattering their accounts by a new piece of creative accountancy. They are including future profits from when the introductory rate ends in their current income and so are flattering their financial position. This practice is very similar to an accounting trick used by Tesco for which it was fined £129m by the Financial Conduct Authority, plus a bill of £85m compensation to suppliers.

The risk here is that finance companies engaging in this practice are giving a false (and flattering) account of their financial position.

Over the past few years, motor traders have frequently been in the news – good news – for announcing record car sales. Much of the growth can be attributed to a new way of financing the cost of the car purchase, known as “personal contract plans”. An article here includes a quote from a finance expert that “Borrowing is a very bad idea when it is done against a depreciating asset … such as a car,” adding that there was a “serious level of fragility built into the system”. Something similar is happening in the US, prompting the article Will Cars Be the Death of Us This Time?

Don’t be surprised if the wheels drop off of this wheeze sometime soon.

Add to all this, the UK is uniquely vulnerable to disturbances in the global financial system. In my 2015 post Two Gamblers and a Pint of Lager, I explained just how exposed the UK is, with our extreme over-dependence on financial services. With 1% of the global population, we have 37% of the most risky type of financial transactions. Total City trading gambles our entire annual national income every day and a quarter. The right word for such behaviour is “madness”.

So, all it would take is a bit of a shock to the system. If the opinion polls are correct, Britain will vote on 8th June for the maximum possible risk of the biggest shock to our finances since at least the 1970s, and probably since the Second World War. I’m talking about the distinct possibility of the UK crashing out of the EU without a trade deal. Prime Minister May has already ruled out staying in the single market by her obsession on immigration. Add to that May’s character: stubborn, inflexible and with strong control-freak tendencies – look at how the Tory election campaign is being hyper-controlled by a small team of close advisers. Together with her lack of understanding of European sensitivities, egged on by a rabid right-wing press, a vote for the Tories is the maximum risk choice.

Strong and stable? My arse.