Tomorrow, Britain faces what is, almost certainly, the most important general election of my lifetime. Two paths into the future are possible, depending on the choices we make. But hanging over the election are two dark and ponderous clouds. These are, of course, the impending EU negotiations and our reaction to the recent spate of terrorist attacks. 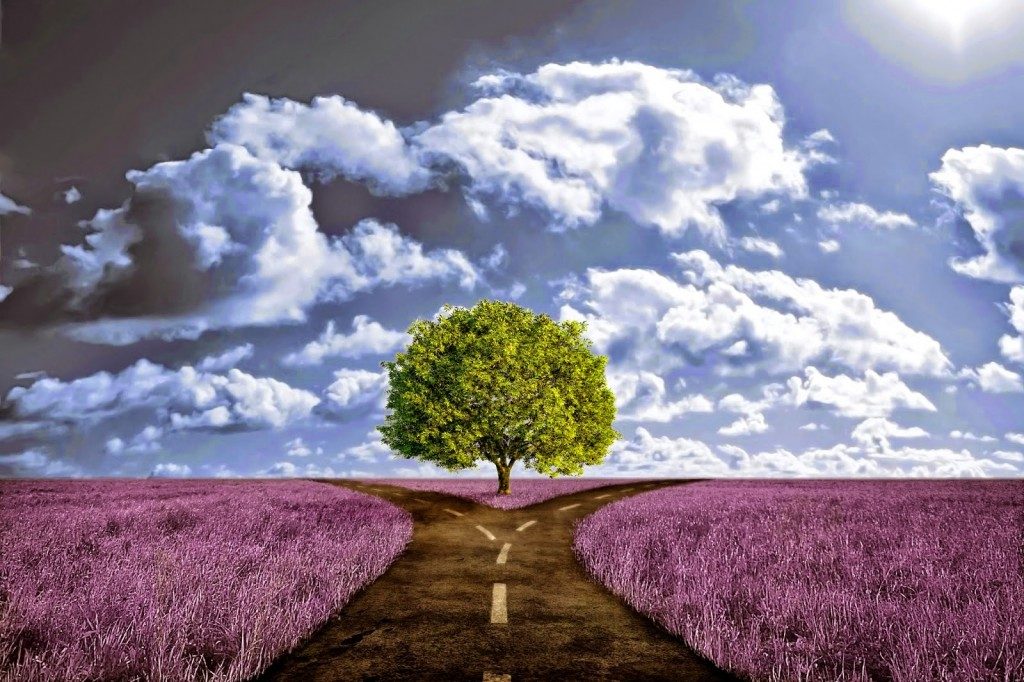 The first major issue will be the path we steer to leaving the EU (or not??), following the calamitous referendum result last summer. Neither of the party leaders has been straight with the British electorate on this point. Any conclusion to negotiations, short of changing our minds, will leave the UK worse off than now. The whole negotiation process is an exercise in damage limitation.

Recognising this, Jeremy Corbyn has been largely silent when it comes to reaching the “best” conclusion, or speaking of “success”. For this, Theresa May has accused him of being unpatriotic or failing to “believe in Britain”. These soundbites may play well as a dog-whistle to the Tory faithful – or, more cynically, to wavering Tory / UKIP voters. But the sheer vacuity of the comment exposes May’s own weaknesses. Her promise of a “successful” outcome means one of two things. Either she’s lying or she’s deluded.

Following the shocking events in Manchester and at London Bridge, Jeremy Corbyn and other critics have challenged the government on cuts to police forces of 20,000 officers. Retired and serving senior police officers have explained the importance of community policing in building trust in communities. This is particularly important in areas where people feel marginalised and discriminated against.  The statement issued by Corbyn on Sunday evening was balanced, proportionate – even “statesmanlike” by one commentator.

By contrast, May’s reaction seems to have been twofold. Firstly, she has engaged in a series of personal attacks on Corbyn. These include questioning his patriotism and willingness to make hard decisions, often based on a distorted interpretation of remarks he has made in the past. (To his credit, Corbyn has not sunk to the level of personal attacks in return.) Secondly, she has made a series of what appear to be “on the hoof” policy announcements about the powers of police and security services. This smacks of panic and as an attempt to detract from her record over six years as Home Secretary and a year as PM. Comments about Human Rights legislation are particularly worrying. These seem to reinforce the strong authoritarian streak in May about which I have commented before.

All of which brings us to the contrasting personalities of the two leaders who could conceivably become Prime Minister on Friday. 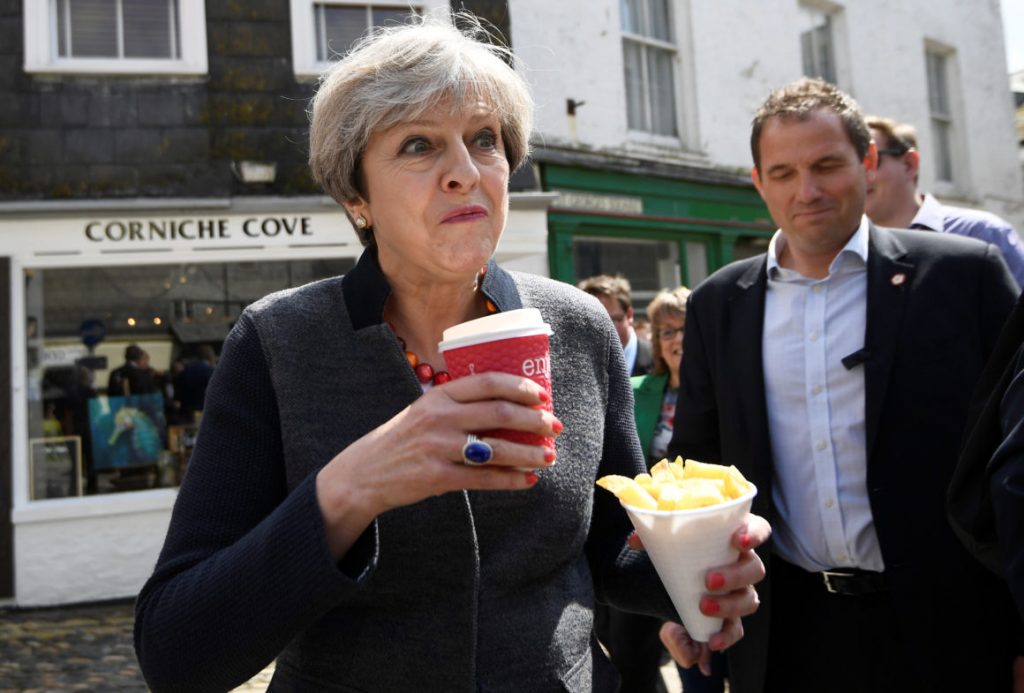 Theresa May has looked more and more uncomfortable as the election campaign has progressed. The first period was spent trying to build a personality cult: “Team Theresa”. We saw a series of set-piece speeches with selected party faithful hermetically sealed from the town or village outside. “Strong and stable” was the mantra repeated endlessly, to almost hypnotic effect. When May proved “weak and wobbly” over the social care spending cap, this entire strategy fell apart. Her “nothing has changed” squeaked out after this U-turn made her look like the proverbial rabbit in the headlights.

May’s now notorious lack of warmth has a number of consequences. Her inability to relate to people bodes ill for the EU negotiations. Her disastrous dinner with Jean-Claude Juncker got matters off to the worst possible start. His comment was “I leave Downing Street 10 times more sceptical than I was before.” Nicola Sturgeon described May’s lack of relationship-building ability in stark terms. “You literally go into a one to one with her and it’s like she’s reading from a script rather than having a conversation”, she said.

The same coldness means May’s personal support in her own party is thin, trusting and consulting with only a small circle of close confidantes. This could prove a serious problem when the going gets tough in negotiations. This also means that, too often, she is closed to wider advice. Many of her announcements seem to come as a surprise to the Minister responsible for the policy area: Education, Home Office and Foreign Policy spring to mind. Ministers support the party line on TV one day, only to find May has changed her mind the next. So the “Team” bit of “Team Theresa” is mostly a sham.

May’s wobbles, U-turns and panics during the campaign all seem to come from criticisms from the same quarter. The only pressure she responds to is her own right flank – the Incorrigibles as I call them – and the likes of the Daily Mail and other right-wing newspapers. She has never shown the slightest concern for other members of society – including the 48% of us who voted Remain. She’s deaf, too, to the particular concerns of those from Scotland, Wales and Northern Ireland.

May’s refusal to appear in a TV debate with the other leaders won her no friends and effectively killed off the “strong and stable” strategy. Her excuse – that she was too busy “preparing for Brexit negotiations” – was an open goal for an obvious riposte: “So why did you call an unnecessary election?” Theresa May just looks awkward most of the time these days, like she wishes she could be somewhere else. None of this bodes well for the next five – or two – years with May at the helm. 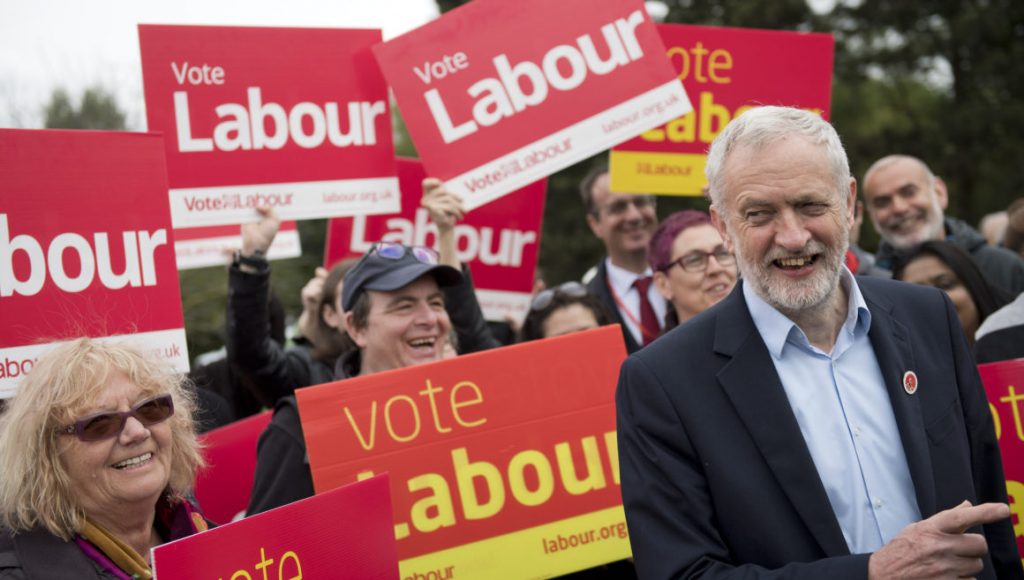 On the other hand, Jeremy Corbyn seems to be enjoying himself. The crowds greeting him around the country seem to growing larger and more enthusiastic. For sure, he’s had some embarrassingly bad moments, Woman’s Hour being an obvious one. Corbyn stood up well to pressure in TV cross-examinations from Jeremy Paxman and the like. His interactions with members of the public appear to be genuinely warm and sympathetic. The one thing this campaign has given us, under media impartiality rules, is greater exposure to the actual Jeremy Corbyn, rather than the straw man caricature. (I see that that most rancid of rags, the Mail, is today throwing everything they’ve got from their hate-filled, distorting sewer, in an attempt to blacken the name of Labour’s leaders. Quelle surprise.)

It’s true that Corbyn is untested in high office, having spent his entire political career on the back benches until elected Labour leader nearly 2 years ago. But it does seem that the man has grown in stature during the campaign and he has said, somewhat modestly, that he’s giving the campaign “everything he’s got”. There seemed to be  a certain refreshing honesty in that remark. It seemed to have come from the heart, in contrast to May’s “I speak your weight” robot. And Corbyn does seem to have enthused and inspired significant numbers of younger voters, whose future is most at stake.

And so, tomorrow, decisions are to be made, votes to be cast. The polls have been all over the place, but the odds still seem to be in favour of a Conservative win. Anything different will depend crucially on the turnout by younger voters, who appear to favour Corbyn by about a 3:1 ratio. I have no idea whether the apparent enthusiasm for Corbyn can be turned into a higher turnout from this notoriously “won’t vote” age group.

For me, the decision is simple. Two paths are open to the country tomorrow. The path to a win for the Tories leads to the certainty of economic pain and misery for most. Five more years of austerity, further deterioration to our underfunded NHS, schools and police forces, plus a continuation of the housing crisis. All this compounded with a disastrous outcome to the EU exit negotiations, with implications for generations to come.

The other path to a Labour victory is less certain. A Corbyn-led, more consensus-seeking approach to EU negotiations should lead to a less damaging outcome for our economy – if the City and the media give him a chance. But Corbyn at least offers the hope of a better future, particularly for those younger than myself.

Sadly, my vote will not count: like 80% of the country, the outcome in my constituency is not in doubt, thanks to our first-past-the-post system. But, token though it may be, my vote will be a small gesture towards the uncertain path to a fairer, more hopeful future.