For nearly the whole of my life, I never imagined it would come to this. I find myself today arriving at a stark conclusion: my government is now my enemy. The Age of Endarkenment is upon us.

The gang of zealots, far-right extremists, bigots, thugs and unthinking believers that we laughably call the Cabinet share not one reasoned thought among them. From everything we know about them so far, there is no reasoned argument to support their beliefs and ideas. The actions we can expect to flow from this will be unreasoned and unreasonable. Nothing reasoned or reasonable happened yesterday. Alexander Boris de Pfeffel Johnson first staged a purge and then a coup: a coup for unreason.

Let’s do a quick pen-picture of the mob now ruling our lives.

Many words have been written about our new PM, so it’s very hard to find anything new to say. He’s known to be a serial liar (and the 92,000 Tory members who voted for him knew that already, were too stupid to notice or just didn’t care). Fantasist, racist, misogynist, et cetera et cetera: the list goes on. Most obvious characteristics: lazy, poor on detail, extremely narcissistic. Basically he’s a mini-Trump who speaks a bit of Latin. His social development skills stopped developing when he was four. Think four-year-old with a dagger (and now keys to the nuclear codes). (Trump, by contrast, is a three year old.) 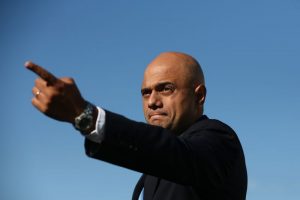 The new Chancellor is a former investment banker. This makes him part of the gang who brought us the 2008 crash and subsequent austerity policy and the rise in inequality and poverty. He bangs on endlessly about his Pakistan-born bus driver dad and so represents 50% of the token BAME representation in the Cabinet. He has done little to lift the burden of Theresa May’s hostile environment while he was Home Secretary under May.

He’s untested at the Treasury and it’s hard to predict how he will interact with Johnson’s planned spending rises. There’s a fair-to-middling chance this “government” will do the same as all recent US Republic regimes and let the debt and deficit rise to unsustainable levels. Or we may get random “slash and burn” cuts to public services not on Johnson’s “wish list”. The inevitable devastating effects will mainly hit the poor, the vulnerable and the disabled. 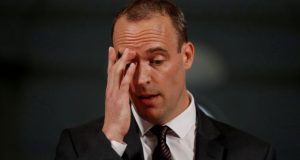 The Leave extremists’ Leave extremist. Has never had an intelligent thought, as far as I can tell. He has made some amazingly stupid suggestions in the past, e.g. profit-making state schools, diluting workers’ rights still further and cutting support for green technology. He’s the archetypal free market fundamentalist “true believer” and probably actually believes the shit about the UK benefiting from leaving the EU. Oh, and he’s also said that feminists are “obnoxious bigots” and that men get a raw deal. So, just a regular guy, then.

There’s a distinct possibility that Johnson appointed him so that Raab can win the “worst Foreign Secretary ever” accolade which Johnson himself currently holds. Raab is in with a good chance for this. 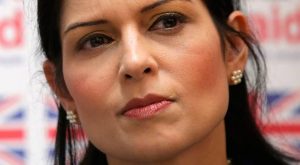 “Pretty” – in her ideas and beliefs – she most certainly is not. The other 50% token BAME Cabinet minister and a woman to boot. She was sacked by May for a very serious ministerial misconduct offence for which (like Liam Fox under May) she should never again have been appointed to high office. She has spoken in favour of the death penalty as a “deterrent” and suggested diverting International Aid spending to military purposes.  Now presumably she’s busy looking for ways to make the Hostile Environment even more hostile – involuntary euthanasia for the disabled would be a logical end-point for her known views. About as nasty a person as you would never want to meet. 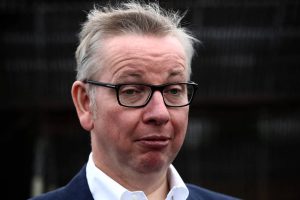 A wild card, in every sense of the word. Nobody really knows what he will do in his new role. When in charge of education, destroyed accountability in England and introduced reforms from which it will take at least 20 years to recover. He was hated by everyone I know in the field of education. He did do a better job at Justice, but that was simply by undoing Failing Grayling’s disastrous reforms. So maybe he’s there just to walk behind his new boss and pick up the shit he leaves everywhere. 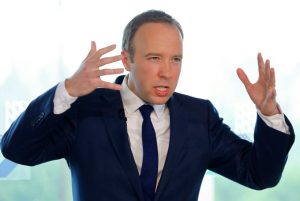 He survived yesterday’s purge to remain at Health. He appears to have been rewarded for his spineless support of Johnson and his “no deal” threat as an act of unprincipled, opportunist sycophancy. My regard for him has fallen as a result. 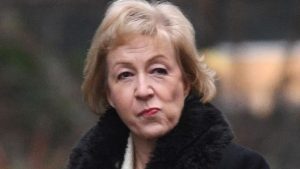 Loathsome can be guaranteed to bring zero intellectual content to her role as Business Secretary. Her only other distinction was to be stabbed in the back by the “men in grey suits” in the dying days of her leadership contest with May three years ago. 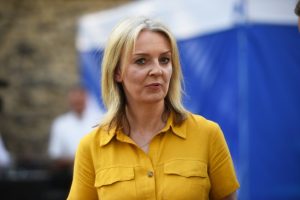 An extreme a believer in free markets and all that evidence-free stuff as you can find. I can only say I’m relieved she didn’t get the Chancellor’s job. Another “true believer” with no redeeming features. 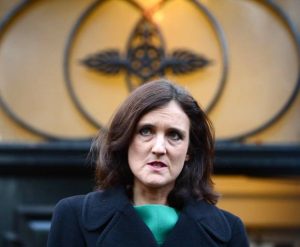 Now Environment Secretary, she failed to understand her brief when Northern Ireland Secretary, moving me to  write in 2016 that she should be sacked for supporting Leave, ignoring the delicacies in the Good Friday Agreement.

Private Pike is an apt but flattering description of this waste of DNA. When Defence Secretary, he was fond of making threatening-sounding, but ultimately absurd, threats to foreign countries (e.g. telling Russia to “go away and shut up”). He always ended up sounding like a petulant schoolboy. He was sacked by May for “compelling evidence” of leaking information from a National Security Council meeting: a very serious offence.

Now, after just a few months, he’s rehabilitated and back to fuck up Education, about which it appears he knows nothing. He should stick to what he does best: posing in front of bits of military machinery trying to look tough. This sort of behaviour is usually associated with men with very small penises – in Williamson’s case, to go well with his even tinier brain. 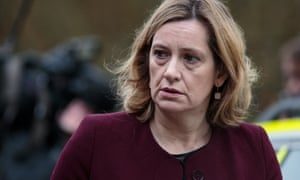 She’s one of the turncoats who has traded power under Johnson for principle. She keeps her role at Work and Pensions. In the far-right atmosphere of the nouvelle regime, presumably she will be encouraged to intensify the Hostile Regime for benefit claimants, including the disabled.

At Defence there will be some photo opportunities posing in front of leaky aircraft carriers, our two warships and some penis-shaped missiles. Perhaps Private Pike can give him some tips. He has Home Office experience, so presumably knows how to look Hostile to foreigners.

He keeps his masochist’s role as Exiting the EU Secretary. Despite the name, more of a wanker than a banker.

Another resurrected minister sacked by May. Mostly harmless and in a minor role, but she did allow her Christian beliefs to distort her decision making when Education Secretary.

Our new Communities and Local Government Minister, apparently. Owns three homes, so should be right on top of the housing crisis. I’d never heard of him until yesterday.

Given the potential for record-breaking temperatures today, we could all do with a cold shower. But not this lot.

We should take inspiration from Greta Thunberg, the teenage environmental activist, who today encourages civil disobedience. Seems like a good idea. The rational and the civilised among us have to start the fight back from this insanity. Only 99 days to go until 31st October. Ideas?