About a century and a half ago, Britain was the undisputed top nation in the world. The British Empire spread geographically further and wider than any in recorded history. Following centuries-long policies of “divide and rule”, initially among the kingdoms of Europe and later the Princedoms of India, around 1870 Britain’s national income accounted for 9% of global GDP and our per capita income was the highest in the world. The “divide and rule” practices were augmented with repeated cases of breaking our word, and the phrase “Perfidious Albion” has come into common use as a pejorative term.

Theresa May’s nervous and embarrassing plea for help from EU officials and the EU27 at the Summit this week means that the UK has now been reduced to the state of a basket case. That plea for help was to find an agreed solution to our discussions that would find support from a majority in Parliament (Commons and Lords) and from the sane. The UK Cabinet’s inability to reach an agreed negotiating position, reflecting irreconcilable differences within the Tory Party over Europe, reinforces the centuries-old image of perfidy.

If the UK were a school, it would be in special measures and ripe for takeover by a multi-academy trust. (Does the MAT analogy accurately describe Trump’s USA? Shudder at the thought.) How have we let the Tories sink us so low? The UK is perceived around the world with a mixture of derision and contempt. So much for “taking back control”.

Immediately after the 2017 general election I wrote my post Enough Is Enough. It’s worth a re-read. The set of recommendations I made would have put us in an altogether better position than the current appalling mess. The principal recommendation was that May resign and be replaced by a Government of National Unity under Jeremy Corbyn. Such a government would take the close 52-48% referendum result into consuderation whilst genuinely looking after the National Interest. Healing the divisions between us – and the hatred stirred up – would also be a priority for such a Government. Recommendations about repairing the damage to public services caused by austerity policies are even truer today than when written. Alas, it was not to be.

Perhaps the most worrying element contrasting what I recommended and what has actually happened concerns what I called a “change of tone” from our politicians. The hatred and divisions in our society, fuelled by the ill-advised referendum, will continue to do harm for years, possibly generations, to come. A recognition that thinking we could lecture, bully and divide the EU and EU27 is still needed – and is so 19th century!

Warnings about doing a deal with the DUP went unheeded. (Phrases involving supping with the devil and long spoons come to mind.) Archbigot Arlene Foster is threatening to turn the screw further on May by reneging on elements of the “confidence and supply ” arrangement, for which Northern Ireland got its £1 billion bribe. Foster, holding social attidtudes from the 17th century is about as nasty as a human being can be.

The BBC is still giving far too much airtime (proportionately) to lunatics, bigots and the delusional. Discussion on TV and radio is still on the wrong terms: airtime for people supporting an even more extreme and damaging version of leaving the EU.

May imprisoned herself with her red lines, conceded in a pre-Conference panic last year, in response to the unreasonable (and unreasoned) demands of the far right.

Meantime, the clock keeps ticking. Deadlines come and go, all of them missed by a country mile. Future generations will never forgive us unless we find a way out of this mess.

Top Dog to Special Measures in 140 years. And it’s all down to the Tories. I hope they suffer electorally for generations to come.

Question: what do all the people pressing hardest for the UK to leave the EU have in common? I’m thinking in particular of the politicians, newspaper owners (who set the agenda for their editors – and, all too often, for the BBC to follow) and the small minority of Leave-supporting business leaders.

Answer: they are either non-UK citizens or have made financial plans – being rich to very rich – to protect their own interests in the event of a “no-deal” departure. This generally means transferring funds to a secretive off-shore tax haven or moving (some of) their business interests outside the UK. In short, they have no concern about “the national interest”, even if many of them mouth the words without understanding their meaning.

A disproportionate number of them were privately educated, usually at the poshest of schools where a sense of “entitlement to rule” was taught above all else. The celebrated author John Le Carré recently condemned Eton alumni as “the curse of the earth”. See, for example, this article: (NB: I think this is a first for me! An article from Mail Online!)

It’s likely that Theresa May is doing her best. The trouble is, her best is crap. As Polly Toynbee writes in today’s Guardian, “Never in living memory was Britain worse governed.” I agree. Since I wrote my post Hopeless just under a month ago, virtually nothing good has come from May. True, the Conference season has come and gone. For the most part, the Tory main hall was two-thirds empty, with activists crowding to fringe meetings to hear even worse Tory politicians. Oh, and May’s speech contained at least one big lie: the end to austerity.

EU negotiations continue to stumble from crisis to crisis: above all, no solution is in sight to the Irish border issue. It gives me no pleasure to say I warned on this in my February 2016 post We Are Entitled to Proper Government. And this was four months before the referendum vote (and when Cameron – who he? – was still PM).

The “confidence and supply” agreement by the DUP was designed to prop up the failing minority Tory government. Despite this, Arlene Foster has issued threats to vote against the budget later this month unless May conceded to her logically impossible demands. There has been no visible response to this from May and this weakens her position further. 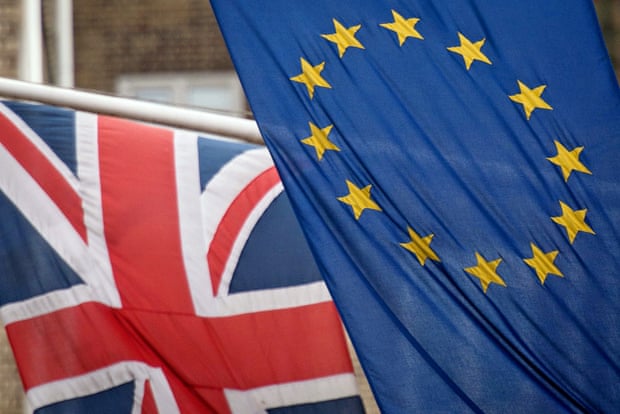 And so, here we are, just two days away from the EU summit. The 18th of October was supposed to be the “absolute final” date when negotiations were completed in detail and the UK agreed terms with the EU27. It’s not looking like that. Talk of an additional “emergency” summit in November is conditional on “maximum progress” being made by the 18th. That doesn’t seem credible unless May changes tack and embraces the reality of what would pass a vote in the House of Commons. Held hostage by the DUP and the Leave extremists (and fantasists) in her own party, May’s actions and inactions make a failure to agree terms with our European neighbours ever more likely.

Either way, those who fund and propagandise for the Tories will be all right, whichever way things turn out. Jeremy Corbyn has made sensible suggestions for compromise (with which I don’t entirely agree, but it’s better than anything May’s government has said). He was genuinely speaking in the national interest. When are a sufficient majority of people in this country going to wake up to the stark fact that the Tories work only in the interest of the privileged few?