Alan Milburn’s comment crystallised my thoughts for this blog post. In his resignation letter, he states that the government “does not seem to have the necessary bandwidth to ensure that the rhetoric of healing social division is matched with the reality.” Milburn was Chair of the Social Mobility Commission and the whole Board, including a former Tory Education Minister, resigned en masse in frustration. He’s talking about the huge distraction of the UK’s negotiations and preparations for leaving the EU and the inability of the UK Government to deal with anything else.

The obvious analogy was of a virulent cancer spreading throughout the body politic of the UK, preventing the government from, well frankly, governing. Sadly, the UK is suffering from not one, but two cancers, as I shall explain. 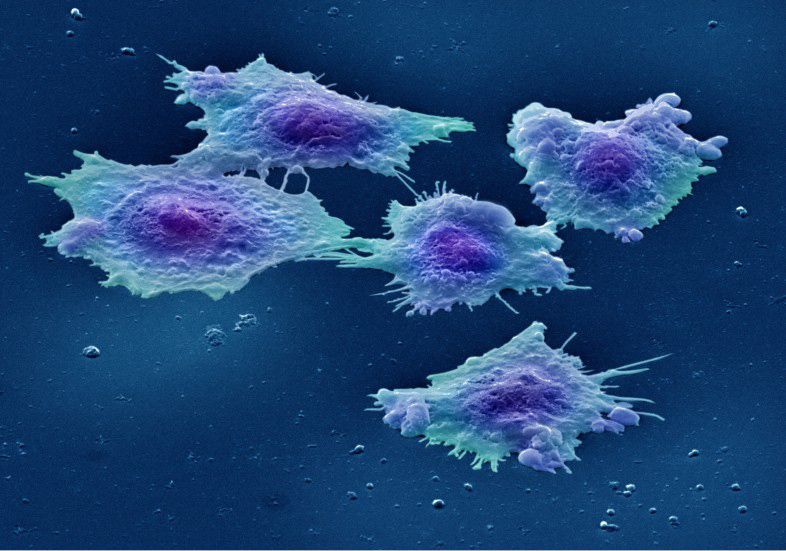 The first cancer has been around for a long time, for the whole lives of nearly half the population: since the late seventies or early eighties. I’m talking, of course and yet again, about the economic theory that I call Free Market Fundamentalism. I’ve written at length on this topic: in particular in the posts Two Castles (Part 2) and A Fundamental Contradiction. Started by Thatcher and Reagan, FMF has been steadily pushed as the economic orthodoxy ever since. It even persuaded New Labour to adopt a watered-down version. The system crashed and burned spectacularly in 2007-8, and now most economists admit it has failed.

But Free Market Fundamentalism refuses to die. A supercharged variant, widely known as austerity, was pushed very hard by George Osborne when Chancellor. The Tories ran a persistent and morally repugnant propaganda campaign to deflect blame for the crash to  the poor and to public spending. This deflection has acted as a smokescreen for ideologically driven policies to shrink the state.

One inevitable consequence of FMF is rising inequality. This is not only bad for economic growth (see Inequality Damages Your Wealth). But greater inequality worsens a wide range of social evils, listed and analysed in Wilkinson and Pickett’s 2009 book The Spirit Level. Trust for each other decreases, mental health worsens and drug misuse increases. Physical health declines, life expectancy shortens, obesity rises and educational performance falls. Abortions and births to teenage mothers increase, as does the overall level of violence, leading to higher prison populations. And social mobility falls, taking us back to where we started. Wilkinson and Pickett show both the statistical relationship between inequality and these factors and also offer plausible chains of causality from inequality to each social harm done.

The level of inequality in the UK, after falling throughout much of the 20th century, has for the past 35 years been on the rise again to match the level last seen in 1914. And yet Philip Hammond’s recent budget shows mostly a continuation of austerity policies, accompanied by fine words and a tiny bit of tinkering around the edges. Could that be due to the fact that inequality benefits those who donate to Tory Party funds (and also benefits Cabinet Ministers and their families)? Labour, by contrast, has proposed a shift to economic policies more in line with the way humans actually think and make decisions: see Corbyn Gets It, May Doesn’t.

As Free Market Fundamentalism has persisted as an ideology, it has even begun to affect the very language that we use, clouding our ability to think through solutions to problem we have brought upon ourselves. The small majority in favour of leaving the EU in the 2016 referendum undoubtedly included a protest vote against austerity that tipped the balance. So our first cancer, still very much with us, triggered the second. 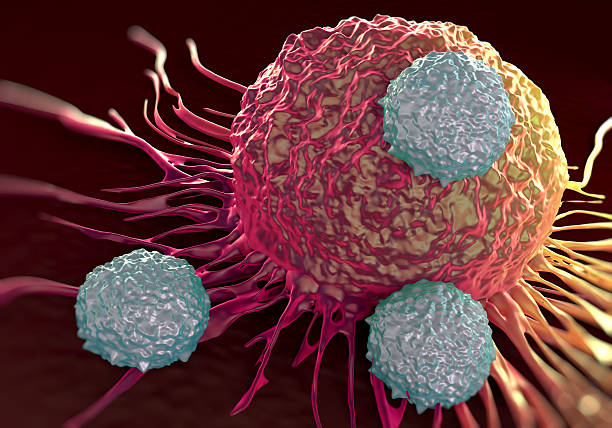 The second of our two cancers is, of course, the UK’s EU referendum result and its aftermath.

Pre-cancerous activity, almost wholly confined politically to the Conservative Party, started at the time we joined the EEC in 1973, or even earlier. A small bunch of committed anti-EU Tory zealots have been grumbling and complaining, with increasing vehemence, ever since. I’m thinking of Bill Cash, John Redwood and their ilk. These grumblings were largely contained until Thatcher (who was originally fiercely in favour of the single market), started on the road to mental illness and her increasingly rabid anti-EU rants. This only encouraged the incorrigibles, who grew in strength and number. The last few years of the John Major government saw the Tories at each other’s throats over Europe on an almost daily basis. “Bastards” Major called them.

But the cancer proper only really got started under David Cameron. Major’s erstwhile “bastards” had been joined by other backbenchers and a few who actually made it into the coalition Cabinet. The real fillip to the cancer was Cameron’s admission he could no longer contain his rabid anti-EU right wing and tried appeasing them. This was offering an in-out referendum after the 2015 election. This only encouraged the lunatic fringe in the Tory party.

Cameron’s weak leadership is only surpassed by his extraordinarily bad judgement. Previous indicators of this include the appointment of Murdoch-trained Andy Coulson as his communications chief, despite being warned off privately that he was toxic. And he was the man who inflicted Michael Gove on the teaching profession, wreaking havoc that will probably take more than a generation to put right. Another Murdoch mole, perhaps? (Who would fancy sending their child to a school run by the Fox Academy Trust?) But the great, great superstar of poor judgement was to call the EU referendum. Cameron hoped it would heal the “divisions in the country” – by which he really meant in the Tory party. Healing’s going really well, eh?

This second cancer has been really helped to grow by another toxic gang: the right-wing press, all of them owned by multi-millionaire, often foreign, tax exiles. Let’s look at them in turn. The Daily Express is owned by Richard Desmond, the only UK-resident Brit in the bunch (Hampstead).Desmond has sold off his former porn magazines and TV channels, has denied a link to the New York mafia in the 1990s, but still carries an air of sleaze about him. The Express has been consistently deluded – and plain wrong – about the EEC and EU since even before we joined the Common Market. My favourite front-page story from the early 1970s Express was that joining the EEC would threaten the existence of the “great British kipper”, a story as accurate as all the others that have followed. Today, the Express, much reduced in circulation and influence (especially compared to its arch-rival, the Mail), seems reduced to being like a demented pensioner, muttering anti-EU tirades interspersed with wholly inaccurate stories about miracle cures and extreme weather. Kippers to Ukippers. Let’s hope someone puts it out of its misery soon.

The Daily Mail has always taken a misanthropic attitude to the world – and pays scant regard to fairness or the truth. But, even after its support for Hitler and “Hurrah for the Blackshirts” in the 1930s, it’s really excelled itself as shit-stirrer and hatemonger to the nation in the past year or so. Owned by a multi-millionaire non-dom tax exile, it wears its professed “patriotism” in the way that it hates those who don’t agree with it. “Enemies of the People” and “Crush the Saboteurs” show its anti-democratic instincts at their most despicable: the low-point for UK journalistic ethics so far. The Mail is a cancer in its own right.

The Telegraph has, for many decades, been the Pravda of the Conservative Party. However, under the ownership of mega-rich, reclusive, litigious bully-boys, the Barclay brothers, it seems determined to push its favoured political party increasingly rightward and to be more xenophobic.  And then there’s Murdoch’s Sun. Less consistently carcinogenic than the others: it’s too often distracted by soap stars, footballers (and their wives) and “reality” TV. So, it plays a slightly different role: it brings out its big guns at the crucial times. For then it shouts abuse at “Europe” in the language of thugs on the streets.

In their various ways, these four rags – and occasionally Murdoch’s posher Times – have strongly encouraged the spread of Cancer Two.

Links Between the Two Cancers

So, the poor patient, the body politic of the UK, has been under threat on two fronts. Cancer One has been with us for decades now: initially slow moving, it has gradually undermined the body’s immune and defensive systems. Tolerance, empathy with the poor and vulnerable and a sense that there’s value in the “common good” have all been weakened significantly – perhaps fatally. But the possibility of a cure still remains.

Cancer Two has been diagnosed more recently. Thatcher triggered it, but it was only during the dog days of the Major government, its effects began to be seen. There was a measure of remission in the Blair and Brown years, but Cancer Two flared up big-time from 2010. This has all the threat of the cancer that will kill us as a civilised liberal democracy.

And so, finally, it’s no surprise that there’s a clear link between the two cancers. The True Believers in Free Market Fundamentalism and austerity tend also to be the same people who take the most virulent anti-EU line and see the EU, the other 27 member states as “the enemy”. They pursue their fantasy of British Empire 2.0: the old White Commonwealth countries whose markets are miniscule compared to the EU. Plus the most powerful two nations (USA and China) whose normal behaviour – ruthless pursuit of self-interest – will be magically set aside for favourable trade deals with us.

Cancer One hasn’t cured the British Disease (as they see it), yet the True Believers want more of the same. These same people, in their guise as Leave Extremists, want the shock doctrine of Cancer Two: EU Cold Turkey. (No, I don’t mean the country that isn’t going to join the EU, as Leavers would have us believe). These deluded people hold the balance of power in our ramshackle government. And yet, they believe that, by some magical process of alchemy, the dead body of all we value in Britain will somehow be reincarnated as a Golden Paradise – but for the mega-rich and powerful only.