Those of you who are old enough will remember the cult 1960s series The Prisoner. Number Six’s famous outburst, shown below, came to mind when I heard about the government’s latest announcement of their education “policy”. 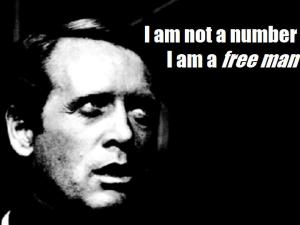 On Budget day, we heard from Nicky Morgan’s apparent new boss, George Osborne, that all schools will be forced to become academies. Next day, Education Secretary Morgan abolished the rule which requires schools to have parent governors on their governing bodies. What really matters now, said Morgan, are the skills which individual governors bring. She clearly means skills like finance, marketing, law and so on. Business skills. Hardly surprising: academies are much more like businesses than local authority run schools.

Just five short years ago, Morgan’s predecessor Michael Gove launched his pet project: the free schools programme. One of the selling points was all about parent power. Parents will be free to set up schools and be in the driving seat. Now, suddenly, for no apparent reason, parents are out of fashion. The very people who have a significant stake in a school – the pupils’ parents – no longer have views and inputs that matter. Why the U-turn?

Amid all the current rows about last week’s budget fiasco, IDS versus Cameron and so on, one thing remains constant. Underneath all the differences is a belief shared by all the protagonists in the Tory cabinet. It’s the continuing unshaking faith in free market fundamentalism. (See many of my earlier posts for more on this.) A key token of belief in this faith is that there’s only one motive that matters which drives human behaviour. That’s the pursuit of material self-interest.

Viewed in this light, we can glean the government’s view of the purpose of schools. That’s to turn out obedient, law-abiding consumers:  consumers with the work skills to support “UK plc” in its competition with its competitor countries. (Hence the obsession with international league tables.) And consumers whose aspirations are to purchase the goods and services that FMF capitalism produces, thereby increasing the profits of the large corporations who fund the Tory party. In this analysis, a human life can be reduced to a number: the “profit” he or she makes for UK plc. (In other words, the value of their labour minus the value of their goods and services consumed.)

What an empty, amoral, vacuous existence this entails for humanity! Where’s the quality of relationships, the sense of common purpose, the love, the joy of a beautiful sunset or the smell of roses? With schools’ purpose reduced to purely instrumental terms, where’s the value of learning for its own sake – the joy of discovering new things? Where are the rounded human beings of the future, the respect for human dignity? All irrelevant, it seems.

No wonder half the teachers want to leave the profession within five years and that there are key shortages of teachers right now. No wonder mental health problems in children are increasing and we have some of the unhappiest, most stressed, over-tested children in the world.

Morgan: Do Some Learning Yourself!

Nicky Morgan worked in corporate law on mergers and acquisitions before becoming an MP. She’s worked at the Treasury and the Department for Business, Innovation and Skills before her education brief. It’s time she tried to understand that brief, to reflect on what it means to be human and what education is for.