A succession of recent news items have got me thinking about what human beings are doing to our planet and the inadequacies and contradictions in our actual responses to this key strategic issue.

The first item was on climate change, the second on the extinction of species, the third on air pollution and the fourth, and most recent, was last week’s Budget news. And, of course, the elephant in the room, which sucks all capacity for good governance from everything else. I shall not state its name: you know already.

The main page of the official IPCC (Intergovernmental Panel on Climate Change) organisation can be found here. It’s where you get the overall picture of the best information we have, direct from the scientists who study these issues professionally. More digestible summaries can be found from the Guardian and from CNN.

My crude summary is that we, human beings, have just 12 years to get our act together: to act decisively to reduce CO2 emissions. Our aim must be to limit global warming to 1.5° rather than the 2° in the Paris accord. It’s physically possible, but politically highly unlikely.

It’s now nearly 18 months since Donald Trump withdrew the USA from the Paris accord on climate change. Together with his promotion of dirty energy such as coal-fired  electricity generation and the emasculation of the Environment Protection Agency, Trump’s policies are a major threat to the planet. The recent election of fascist President Bolsonaro in Brazil has given the world a man who threatens widespread destruction of the Amazon rain forest. This will have potentially horrific consequences both for CO2 emissions and for biodiversity, as I explain further below.

A new report by the World Wildlife Fund, Living Planet 2018, has prompted shocking headlines around the world that a 60% reduction in wildlife animal populations has occurred since 1970 – and all this has been caused by the collective actions of just one species: homo sapiens. Headlines such as this fall “threatens civilisation” do not appear to be exaggerating the threat to life on Earth. Never has there been such a dramatic decline over such a short period (Planet  Earth has existed for 4.5 billion years and human beings for the last 200,000 years).

In many ways, this report is even more shocking than the IPCC one on climate change. At least the existence of climate change has been in the news for several decades and most of the governments of the world are signed up to doing something about it. Real changes in practice, e.g. green energy, are gaining momentum and clean energy prices are falling relative to fossil fuels. By contrast, the findings in the WWF have barely entered the public’s consciousness, let alone the development of policies by governments around the world to address this threat.

The WWF report concentrates on mammals: just one part of the diversity of life on Earth, animals and plants. A reduction of biodiversity threatens us humans and our lifestyles in a variety of ways. Biodiversity is important. I think we all probably learnt at school something about the food chains. Interfere with these and sooner or later you get a major catastrophe. A good example is the huge drop in bee populations in the UK in recent decades. The importance of bees in pollination and the harm from their decline is quite easy to imagine.

The other big area of importance for biodiversity is for the pharmaceutical industry. Many of the advances in drugs, for example, come from chemicals found in plants or animals, often in biodiverse parts of the world, such as the Amazon basin. Once a species is lost, so is the opportunity for finding new drugs from that species. We seem to be walking blindfold into a future dystopia where our indifference to the extinction of species harms our fight against disease. Nature, through mutation, e.g. of the cold or flu virus, will continue to present new challenges. And yet, we are indifferent to losing the very tools to fight these changes.

A recent shocking report from the World Health Organisation reported that 90% of the world’s children are breathing toxic air. More than 40 UK towns and cities have air pollution levels above WHO limits. Back in May, the UK was referred to the European Court of Justice, after the UK government lost several cases in the UK courts. The referral relates to NO2 pollution levels, caused, in the main, by traffic. The UK government has fought a succession of rear-guard legal cases rather than tackle the problem seriously.

Perhaps the most egregious example of why the Tories can’t be trusted on air pollution was perpetrated by Boris Johnson when he was Mayor of London. His successor Sadiq Khan exposed the scandal in 2016. Johnson had “buried” a report showing that 83% of schools breaching EU air quality limits in London were in deprived areas of the city.

But the most polluted cities in the world are found in India, with Delhi at the top of the list. Agra was also in the top five. Having ridden as a passenger in a “tuk-tuk” (open-air 3-wheeled “taxi”) whilst on holiday in India, I can still recall the acrid taste in the back of my throat at the end of the ride. China also is slated as having poor air quality, although the Chinese government seems more active in taking remedial action, e.g. replacing coal-fired power stations with cleaner ones. The International Energy Agency ranks the top 5 polluting countries as China, USA, India, Russia and Japan.

The WHO calculated that air pollution causes 7 million premature deaths per year. The equivalent figure for the UK is 40,000 premature deaths, 10,000 of them in London. And still the UK government drags its feet. It seems that human beings, UK included, can’t be trusted to protect the planet at sustainable levels.

And so we might have expected to see some announcements related to saving our planet in last week’s budget. And yes, I think there is one. 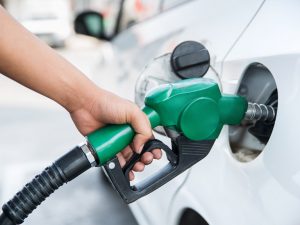 The trouble is that it heads us in the opposite direction. Chancellor Phillip Hammond announced a freeze in fuel duty for the ninth consecutive year. He had little choice as his boss Theresa May had made the announcement a month earlier at the Tory party conference. Compared to a policy of raising the duty each year in line with inflation, it now costs the Treasury £9 billion a year to maintain the freeze and £46 billion cumulatively since the freeze began. Tory MP Robert Halfon said it was “great news for motorists”. Don’t any of his constituents actually breathe? The policy makes the most polluting form of travel per mile (car driving) relatively cheaper each year whilst rail fares rise faster than inflation.

So, apart from the fuel duty freeze, there was nothing relating to environmental issues in this year’s damp squib of a budget. Other Tory policies also make things worse for the planet.

As the party of light-touch regulation, the Tories ensure that the UK has some of the worst housing in Europe when it comes to poor insulation and heat losses. Hostility on onshore wind turbines by this government panders to nimbyism, despite general public support for onshore wind turbines as a green energy source. Fiddling the rules in favour of shale gas fracking encourages more fossil fuel-produced energy, even in the teeth of local opposition. A truly green government policy would simply be to insist that the shale gas stays underground where it is now.

Above all, this government does not have the capacity to tackle these and other compelling priorities because all its energies are spent on its infighting over that pointless act of self-harm. You know, the one that begins with a B and ends in t…

Future generations may look aghast at our indifference towards these planet-threatening trends. And, for the UK’s contribution to the impending catastrophe,  the Tories, when in power, will be mostly to blame.