Many years ago, I had a week’s holiday on the island of Jersey. (This was well before the Jersey authorities had sold their souls completely to international financial institutions. Tourism was still a major part of their economy.) The holiday was very pleasant, the weather warm and fine, as I recall. At yet, after a few days there, I began to feel just a tiny bit uneasy. The people were friendly enough, but something was definitely wrong. It was hard to put a finger on it at the time. But the overall effect was a bit claustrophobic.

I had a similar experience when visiting my then father-in-law in a small country town in Australia. We spent 5 nights there. We then drove to Canberra (think Milton Keynes with a parliament building if you’ve not been). It felt like escaping from prison.

In retrospect, I think that, in both cases, we were experiencing the effects of a kind of “island mentality”. Yes I know the Australian town wasn’t an island. But, if you colour in blue on a map those parts of Australia which are (virtually) unpopulated, you see the country as an archipelago of islands. The towns and cities are surrounded by a vast, empty “sea” of land.

On the morning after Cameron announced his EU “deal”, the Today programme interviewed a Tory MP from a rural constituency. She was in favour of leaving the EU. She described Britain as a “maritime nation”. I don’t agree with her “leave EU” views or think that Britain is a nation of seafarers, but I do think she was making a similar point to mine above. There does seem to be something about being surrounded by water which affects how people view the world – and not for the better. The smaller the island, the bigger the effect. But I think this is something subconscious which works at an emotional level and helps to explain some of our attitude problems to the EU over the years.

The second, and arguably more sinister, factor affecting our national attitudes to “the foreigner” is what I call our post-imperial delusion. I believe the British Empire, which really did cover more of the globe than any other in history, was a very mixed blessing. The subject remains controversial. See, for example, the spat between Niall Ferguson and Johann Hari in the Independent in 2006. 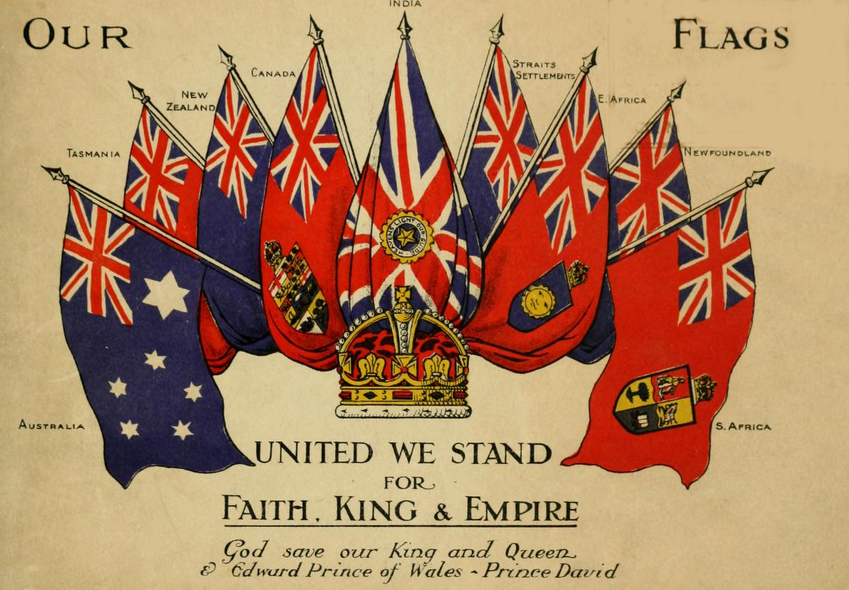 There’s certainly quite a lot of material on the internet taking a critical view of the workings and legacy of the British Empire – sometime polemically so. Here are a few examples of varying degrees of neutrality and partisanship:

Yet despite this, and much more, I contend that the dominant narrative in our national discourse is that the British Empire was the most enlightened ever seen and brought benefit and “civilisation” to colonists and colonized alike. I believe the picture is much more mixed. But any attempt to have a mainstream honest debate seems to be stifled at birth. There were probably more benefits than disadvantages to the colonizing power, but almost certainly the reverse for the indigenous colonized peoples. Unlike, for example, Germany and South Africa, we have made no attempt to critically understand our past history. This leaves us with three legacy problems:

Which brings me to the topical reason for all this. David Cameron’s states that he’s “battling for Britain” and securing us a “special status”. This may persuade a few otherwise “leave” voters to vote in June to remain in the EU. That, in my view, will, of itself be a good thing. But it plays straight into the 3 weaknesses listed above. That can only defer the day when we begin to take a more honest view of ourselves and our past. That, in turn, damages Britain’s relationship with other counties and our long-term interests as a nation.