Firstly, my grudging congratulations to David Cameron for getting an agreement with his EU partners in Brussels. This clearly was the better of the two possible outcomes. And at least it makes a positive statement about the man’s stamina! BUT… and it is a big but. When it comes to Britain and the EU, I’m sick and tired of the debate always being about the wrong things. 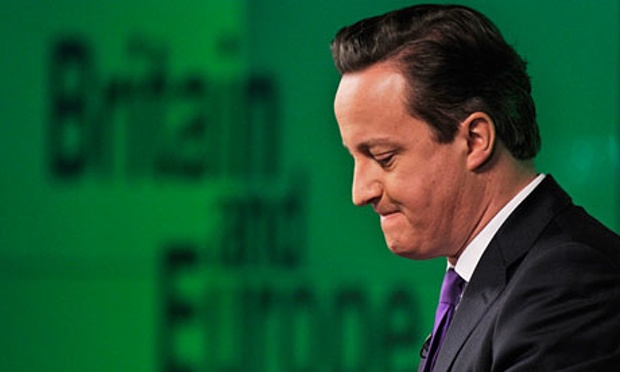 The first set of “wrong things” is what the EU leaders talked about this week. Three really key challenges right now are:

These three issues at least would have been a very heavy, but necessary, agenda for the EU’s leaders to have discussed this week. Instead, we have had two full days taken up with 28 heads of government discussing an issue which is essentially about managing the tensions inside the British Conservative Party. To 27 out of the 28 leaders, this must have seemed like an awful waste of time.

The second set of “wrong things” is the list of what Cameron was “battling” for, on behalf of a grateful British public. None of the items would be on my list of reforms, as I explain below:

My own list of priorities would be utterly different. No space to go into detail here, but it would include things like guaranteeing minimum workers’ safeguards against exploitation, stepping away from adding free market fundamentalist ideas (including austerity) into regulations. Also, certain topics lend themselves to supranational collaboration: tackling tax avoidance, fraud and money-laundering, pollution, climate change, energy security, fighting cross-border crime (including terrorism), to name but a few.

My heart sank when, before the start of the summit, Cameron used the phrase “Battling for Britain”. This dog-whistle soundbite designed to appeal to the Tory faithful was clearly intended to recall the glory days of the war when plucky Britain held out for freedom. But the people with whom Cameron was negotiating are supposed to be our allies, not enemies, for f***’s sake! Think of the goodwill towards Britain we have squandered. It just makes us look mean-spirited, confrontational and parochial. It’s some comfort that EU leaders recognise it’s just a game. They all play it for domestic consumption at some time or another. But, more worryingly, it also gives encouragement to the bigots and xenophobes among us.

The Referendum: My Vote

Of course, I shall vote for the UK to remain in the EU in the planned referendum. The EU is a far from perfect institution and I think there are many ways it needs to be improved. But my instincts are always towards engagement and collaboration rather than confrontation (if it can be avoided). Secondly, a rational analysis of the evidence strongly suggests the UK is better off within the EU: socially, economically, our ability to influence world issues and for our own security.

Cameron claimed in a tweet last night that he had secured “special status” for Britain in the EU. Yes, I thought, “special” as in “special needs” and “special measures”. Not forgetting that supplicant, poignant and self-deluding attachment to our “special relationship” with the USA. So I don’t know who in Britain Cameron thinks he’s battling for, but it doesn’t include me.