It has been some time since we heard about the Mr Men. Lots of exciting things have been happening! But first, there are some new Mr Men and Little Misses to introduce. 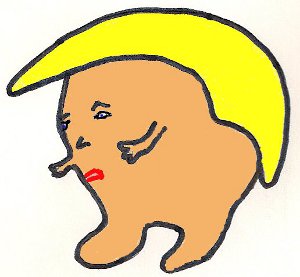 Mr Custard lives in another land over the sea. His brain is made out of custard. You know, custard is sometimes a bit runny. Sometimes it’s thick. Mr Custard’s custard is thick. Very, very thick.

One day, when he was a little boy, his teacher wanted to teach him a new word. It was an adjective: a describing word. Mr Custard only knew five describing words: great, bad, fake, false and failing. When his teacher tried to teach him the new word, Mr Custard’s brain got hot. Very, very hot! Some of the custard boiled over out of his brain and flowed over the top of his head. Oops! Because it was so thick, it set very hard on his head. It has stayed there ever since!

The fright of the boiling custard made other changes, too. Mr Custard’s hands stopped growing and stayed very, very small. And Mr Custard could no longer say the word “cat”. From now on, he could only say the word “pussy” instead.

Apart from his brain and hands, the rest of Mr Custard’s body kept growing until he looked like a grown-up. He had a job building big buildings. He tried building them out of custard first, so that he looked better standing in front of them. But, slowly, slowly, the custard buildings sagged. They sagged more. Then, slowly, slowly, they fell down, until they were just gloopy puddles of custard on the ground! The people who lived in the buildings were not happy.

Then he had an idea. His daddy was very rich and had a lot of gold. So, Mr Custard made his buildings out of gold. Hurrah! He stood in front of the gold buildings. His custard head looked less silly. And the gold was all shiny too! Mr Custard smiled and waved his little hands in the air.

Mr Custard lives in a land called Merry-Ka. Which is a funny name, because it’s not really merry. Every 16 minutes, someone in Merry-Ka shoots someone else dead. No so merry! 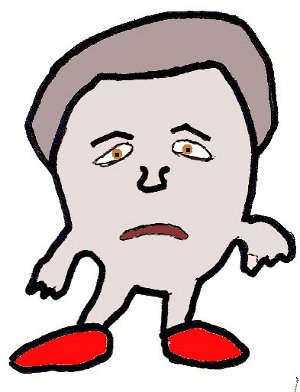 Little Miss I-Know-Best had a daddy who was a vicar. Daddy’s best friend was Mr God. Daddy had told her that Mr God was born in a stable. When she was small, Little Miss I-Know-Best wondered about Mr God. When he was born, did he float down like a cloud from the sky? Or did he just pop up, like out of a toaster? She tried not to think about her third thought about how Mr God was born.

Daddy told Little Miss I-Know-Best about how clever Mr God was. As he was Daddy’s best friend, she listened to everything Daddy said, so that she knew best. Then she wouldn’t need to listen to what other people thought ever again! She would know best. And she wouldn’t have to keep meeting people. She hated that! Unless, of course, it was just to tell them what to do. She knew best! 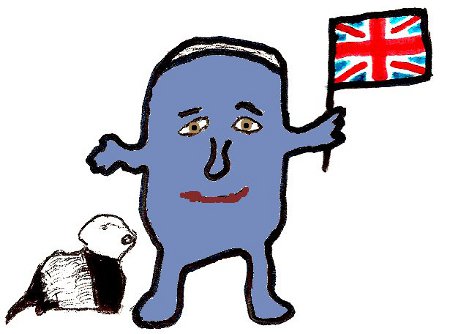 Mr Fox-Up lived in a den. It was a special den where all the clocks were a hundred years slow! In Mr Fox-Up’s den, the people in Room Number Nine were still the rulers of the whole world. They had big ships, big guns and went around telling everyone else what to do. More often than not, they had told him where to go!

Mr Fox-Up had a special friend, Mr Ferrity, who was a ferret. Mr Ferrity followed Mr Fox-Up wherever he went. He also ran up drainpipes and up trouser-legs and went into all sorts of places he shouldn’t go. Mr Fox-Up didn’t seem to mind. He had an important job working for Mr Two-Face. He was in charge of one small rowing boat and a pop-gun. This was all that was left of the great armada in Mr Fox-Up’s den. But Mr Two-Face said Mr Fox-Up had broken all the rules. So Mr Fox-Up had to go. Nobody expected to hear from him again! 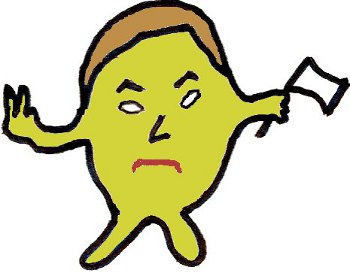 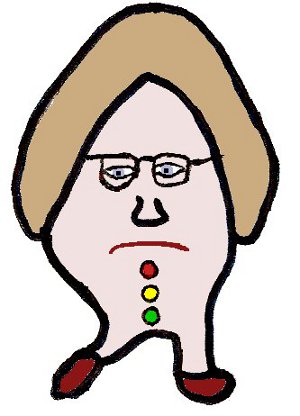 The Other Mr Men

You may be wondering by now: what happened to the other Mr Men from our earlier story? When we left them, Mr Two-Face had just sulked off as leader of the Nasties in Room Number Nine. At the end of the story, we asked the question: “Will there be more creeping and back-stabbing?” Oh yes, there was!

After Mr Two-Face sulked off, the Nasties needed a new leader. Mr Look-At-Me was the favourite, because he had been shouting “Look at me!” for so long. Mr Look-At-Me thought Mr Mad was his best friend. Everybody was very surprised when Mr Mad said he wasn’t, and stabbed Mr Look-At-Me in the back and said he wanted to be leader himself!

What Little Miss I-Know-Best Did Next

Mr Hammond-Organ was a bit boring. Little Miss I-Know-Best wanted to make things a bit more exciting, like running through wheat. How exciting was that! So she had a thought. “I know”, she thought, “I’ll choose some helpers that no one could have guessed!” And so she did.

The people in the other 27 rooms of the Big House bought most of the things the people didn’t buy themselves. After she burns the bridge across the little stream – which hasn’t happened yet – the people would need to find some new people to buy them instead. She needed someone to help. “Ah!” thought Little Miss I-Know-Best. “I’ll choose someone that no one will ever trust again! That would be fun!” So she chose Mr Fox-Up for the job! Funny Little Miss I-Know-Best!

But her fun didn’t stop there. Oh no! She needed someone to make sure the bridge across the little stream was well and truly broken. So she chose Mr Breaks-It! “He has the right name”, she thought. “And it would teach Mr Two-Face a lesson for leaving me with all this mess to clear up.” Funny, funny Little Miss I-Know-Best!

But her best fun was still to come. She needed someone to talk to all the other leaders in the other lands, so that we could still be the best of friends. So she chose Mr Look-At-Me! Funny Little Miss I-Know-Best! What a joke! All the people in the other lands saw the joke too! They laughed and laughed until their sides ached and their heads turned to jelly! What fun!