Recent evidence has emerged about a forgotten civilisation during the second century CE in the eastern Mediterranean. Historians and Archaeologists have been engaged in a five-year study on the small island of Kaos (capital: Mayhem). The inhabitants of the island were mainly Greek speaking, although there was also wide use of the Latin tongue, as we shall see soon.

A short distance to the north-east of Kaos was the even smaller island of Antikos (capital: Duplicity), so called because the ideas of the Antikossians seemed very old-fashioned to the Kaotics.

The Tribes of Kaos and Antikos 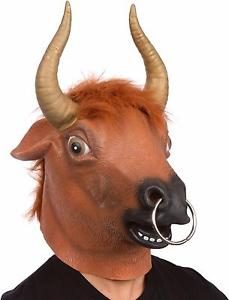 Kaos at this time was a warlike place, with tribal rivalries and skirmishes all over the island. The largest and most warlike tribe was called the Tauries. This was because, when they went into battle (which was often), they wore masks in the shape of bulls’ heads on their faces, to make them look more ferocious.

Almost as large a tribe were the Lavories. They saw themselves as morally superior to the Tauries, partly because they weren’t quite as warlike in their approach. In battle, they demonstrated the purity of their thoughts by each wearing a soap-on-a-rope around their necks. This was less effective as a battle tactic, but the Lavories all agreed they felt better for doing it.

There were a few smaller tribes, too. No one was really sure what the Liberalies stood for, but everyone agreed they were very nice people. There is some sketchy evidence that an extremist, fringe breakaway group from the Tauries existed for a time. Called the Kippies, a combination of inbreeding and infighting led to their extinction almost as soon as they were formed.

Confined to the north of the island, the Peskies were so named as all their leaders were named after fish. Across the waters in Antikos, two arch-rival tribes occupied the north-east corner of the island: the Dupies and the Shinbonies. The Dupies were usually known by their nick-name: the Little Willies. This was because the Dupies worshipped an ancient, but tiny, god called William, who was only the size of an orange. The Dupies wanted to be considered part of Kaos, whilst the Shinbonies thought they should all join in with the larger tribe in the south of Antikos: the Begorrahs.  (Cultural note: lazy racial stereotyping was all the rage in the 2nd century, under the so-called Davidson Doctrine. This was named after Jacobus Filius Davidus, a first century CE troubadour who lived under the shadow of a bigger tree than anyone else. )

Although the Tauries constituted well under half the population of Kaos, they generally held the upper hand in ruling over the affairs of the island. Although all the other tribes, except the Dupies, broadly agreed on matters of policy, the Tauries successfully applied a game of “divide and rule” to get their own way.

It has already been emphasised that the Kaotics were a warrior race. Their weapon of choice was the Three-Pronged Fork. This was originally developed as an ideal tool for scraping the fast-growing moss from the rocks and cliffs of the island. During the wet season, these mosses grew rapidly, blocking tracks and access around the island. During an early skirmish between rival clans, the Kaotics soon discovered that Three-Pronged Forks were also good for killing people, and their use as weapons quickly spread. They came to be known as the Weapons of Moss Destruction.

The Elders of the tribes often told of the times of the Great Manufacture of the Three-Pronged Forks. The Forks were made of iron, and there were no deposits of iron ore on Kaos itself. Instead, the ore needed to be imported from the island of Ferros, a two-day journey away by their primitive sailing boats. The Ferrotics were a hard-nosed people, always ready to strike a hard bargain. Their island was rocky and barren, and their crops often failed. The only commodity they would trade for their iron ore was food, and lots of it. Just before the Great Manufacture of the Three-Pronged Forks, the Kaotics had traded so much of their own food with the Ferrotics that there was widespread famine throughout the island. Many people, mainly women and children, died. The women, of course, didn’t matter. (Cultural note 2: misogyny at this time was, of course, de rigueur.) But the sorrow at the death of so many children stayed in the people’s memories for many generations.

One tribe, the Peskies, had adopted a different weapon from the rest: the dirk. This was named after the legendary Thespian called Dirkus, an erstwhile leader of a troupe of travelling players, who was born in the north of the island. He was often known – particularly by the womenfolk – as Dirkus Beauregardus, on account of his legendary good looks.

His troupe, the Circus Dirkus, travelled widely in the Mediterranean, performing their plays. (Eat your heart out, Will Shakespeare! Dirkus had a “Theatre in the Round” a millennium and a half before you were strutting your stuff in the Globe.)A favourite play was Medicus et in Domo, in which the great actor played Hippocrates, the legendary First Doctor. (No, it wasn’t William Hartnell.)  For stage props, they had the surgical knives used by Hippocrates, which were soon nick-named “dirks” after the great actor.

Many a fair lady fainted at the sight as Beauregardus pulled out his dirk on stage and held it aloft, glinting in the evening Mediterranean sunlight. (Cultural note 3: It’s well known that, in Classical Greek theatre, gratuitous smutty jokes were hugely popular. Just ask Euripides. “Euripides, I rip-a yours!” Who could forget – or even remember – the classic line by Chico in the Marx Brothers’ tribute to Classical Greek Theatre, A Night at the Hippodrome?) But I digress… (Cultural note 4: Whilst performing a particularly tricky surgical procedure, Hippocrates once pricked his thumb on his surgical knife. This was the moment of creation of the world-famous Hippocratic Oath. Yes, yes, I know! What did you expect? Wit and sophistication? We are talking second century here!) Dirkus died whilst on tour in Venice. Meanwhile, back on Kaos…

On Land and Sea

At first, the inter-tribal battles took place on land. The various tribes fought and slew each other with their Three-Pronged Forks, trampling all over the crops as they fought. The women of the island, who did all the hard work in the fields, cooked all the meals and cleaned and tidied up after their menfolk, got extremely annoyed by this needless destruction. So, gradually over time, the battles took place more and more in the shallow waters all around the island. They found their Three-Pronged Forks were quite good for catching fish, too.

The Tauries, at great expense, commissioned two great galleons with giant oars and galleys filled with captured slaves from the other tribes. The galleons were to transport the weapons to different parts of the shoreline for battles. But they found they only had enough Three-Pronged Forks to fill one galleon. Worse still, prolonged use of the Three-Pronged Forks in the salty seawater had gradually corroded the iron. Bits started falling off the now-rusty Forks and they became less and less effective as weapons. The Tauries were strongly committed to replacing the Forks. The people of Kaos were fearful of this. The great famine following the last trading with Ferros was still strong in their memories. All the other tribes, apart from the Little Willies, were against the idea of renewing the Three-Pronged Forks.

The Tauries called all the people together, to get them to vote on who was best to lead them, thinking that they would consolidate their position once and for all. Unfortunately for them, the vote was ambiguous and left them weaker than before. It’s here that the historical record gets patchy. It seems that there was some other momentous decision that the leaders of Kaos had to make. What is known is that the Tauries themselves split into two camps, known as Brexitus Maximus and Brexitus Minimus.

Some historians believe this was to do with some Alliance with other islands in the area. But no record has ever been found of any plan by the Tauries to deal with this issue. One dissenting historian also believes that the Tauries were so desperate that they were led for a period by a woman! An even more unlikely tale is that the woman tried to cling on to power by holding fast on to the Little Willies. But mainstream opinion is that such tales are simply too implausible to be true.

Whatever the cause of the split, the Tauries were fatally weakened. This created the opportunity for the other tribes (except the Dupies) to forge an alliance and take over the running of the island. This alliance was known as the Koalition of Kaos.

Notwithstanding the lack of information about the true meaning of the mysterious “Brexitus”, archaeological records are clear as to what happened next. Under the rule of the Koalition of Kaos, the renewal of the Three-Pronged Forks was cancelled, famine was averted, and peace and tranquillity reigned over the Island of Kaos for the next two hundred years. Such a long period of peace was, of course, of absolutely no interest to historians. This probably explains why the history of this early civilisation had fallen into obscurity for well over 1500 years.

(Literacy SATs Question: Why is Koalition spelt with the letter K? The answer is because the people of Kaos were GreeK, but they did not actually live in GreeCe. I would have thought that was obvious. You clearly haven’t been paying attention! Please see me after school for a remedial session of “Spelling and Punctuation for Idiots”. )