Between 1990 and 1995, I needed to walk on many occasions to an office in Croydon for work meetings, passing Lunar House on the way from the station. Lunar House is where asylum seekers and others seeking to regularise their UK immigration status would queue up to speak to a Border Agency official. By the body language and blank expressions in their eyes, I could tell these were desperate people near the end of their tether in their quest to navigate the Kafkaesque nightmare of UK immigration.

The Home Office has been a malignant, inhumane Government Department for at least 30 years. It has seen off the more sane and humane Cabinet Members quite quickly. At the time of my visits to Croydon, it was Kenneth Baker (who lasted 16 months) and Ken Clarke (13 months), followed by the evil Michael Howard, who saw out the end of Tory Rule until the 1997 victory by Tony Blair and New Labour. Labour got through six Home Secretaries with ever-shorter tenures: Jack Straw (4 years), David Blunkett (3 years), Charles Clark (16 months), John Reid (13 months), Jacqui Smith (2 years) and Alan Johnson (11 months). [Home Secretary dates from this Wikipedia page]

In a class of her own, Theresa May lasted over six years. Amber Rudd, aka mini-May, lasted nearly two, until she was deposed by taking the rap for her predecessor and boss. It’s anyone’s guess how long Sajid Javid will last. But May’s long tenure speaks volumes about what sort of a person she is.

In my earlier post The Modes of May, I described the three modes: Little Miss I-Know-Best is the most apt here. May clearly has a problem in mixing and communicating with “ordinary” members of the public. She has not the wit, imagination or empathy to see how life is for people outside the leafy, Tory-supporting, prosperous streets of her Maidenhead constituency. This was exemplified in her disastrous 2017 election campaign, where she stuck to addressing hand-picked supporters in near-empty warehouse buildings. It reached its nadir on the morning after the Grenfell Tower fire, when she shunned the company of grieving relatives of the victims and confined herself to speaking to the emergency services personnel. 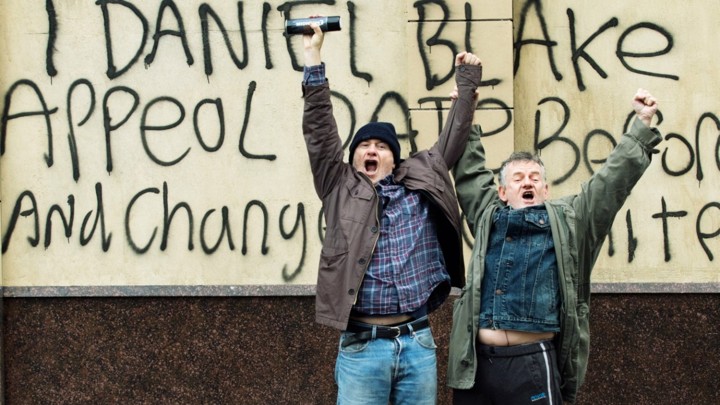 Although no longer Home Secretary, the notorious Hostile Environment policy, first publicised for the Windrush generation but now seen to affect many, many more people, has May’s fingerprints all over it. This took the previously dysfunctional, nasty Home Office to whole new level of hostility. Her soulmate Ian Duncan Smith took the same hostile approach to benefit claimants. This can be seen most in the inhumane approach taken to the harsher sanctions regime. The same “assume guilty unless the asylum seeker / benefit claimant can prove innocence beyond all reasonable doubt” approach can be seen in both the Home Office and Department for Work and Pensions.

Although Theresa May tamely supported Remain in the referendum campaign, she switched to being the most rigorous supporter of the most extreme form of leaving the EU. She’s a prisoner of the DUP (of her own choosing) and the Leave extremists in her own party. Reality is beginning to bite: the extremists are blaming everyone except themselves and May is strangely silent on anything of substance. But her earlier, ill-advised “red lines” have left her no room to manoeuvre. What a fuck-up.

All of this, I think stems from the same basic delusion. Namely, that the British, and especially the English, are somehow special. This springs from a distorted, whitewashed version of our imperial past. The best comment I have heard as an antidote came from a Danish politician about six weeks ago. He said something like this: “The EU consists of small countries and of nations who have not yet realised they are small countries”. I wonder whoever he had in mind?

Post-imperial hubris and delusion drives the Leave extremists (Dunces I call them) who refuse to accept reality: in particular, the complexities of unravelling 45 years of ever-closer interworking between the countries of the EU. It’s not just about trade – and that’s not simple either.

Owen Jones wrote for the New Statesman in 2015 about what would happen if Jeremy Corbyn became leader of the Labour Party. Part of that was a concerted character assassination attempt by the Tories and their right-wing press outliers. The predictions are remarkable accurate, judged against what has happened since. For a balanced, sympathetic but not uncritical analysis of Corbyn’s foreign policy history as a backbencher, read this piece by Ewen MacAskill.

Over the past 30-40 years, the right-wing media and the Tories have been remarkably successful at shifting the Overton Window sharply to the right. Labour needs to start a campaign of decisively shifting it back to its proper position, in line with actual human experience for the many. John MacDonnell and Corbyn hold the middle-ground view on economic policy, not Hammond, austerity and the Tories. Public opinion is turning against austerity and supports most of Labour’s policies where they differ from the Tories e.g. rail and utilities nationalisation. But Labour is still seen as some left-wing cult in the eyes of far too many people.

It’s ironic that it was May herself who first warned the Tories 15 years ago that they were being seen as the Nasty Party. Yet her incompetence, rather than malice, has led her to introduce some of the nastiest policies seen from any government in my lifetime.

The referendum vote was almost evenly split and public opinion has swing sharply towards Remain or a proper People’s vote. Yet May plods on along her disastrous path. Favourites to succeed her are too awful even to contemplate. What have we done to deserve this?