In my recent post A Song for Europe,  I regretted the lack of attention paid by UK media and by Parliament to the workings of the EU over the past 45 years. Another very British cultural trait seems to be our sense of fair play and sticking to the rules. Cricketing terms are frequently used: “sticky wicket”, “straight bat” and, of course, we long for a “level playing field”. There’s a fair chance that the UK Civil service is imbued with these characteristics. 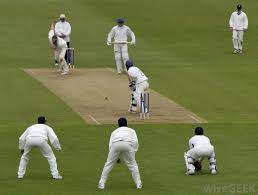 A fairly inconspicuous news story caught my eye recently. It covered concerns by owners of B&Bs and Guest Houses that the costs of taking out extra insurance would force them out of business. The insurance was as a result of a new EU regulation designed to give holidaymakers the same level of protection as those booking through a website or travel agent.

It turns out that the need for insurance was NOT part of the EU regulations but had been “slipped in” by UK civil servants to the UK legislation to enact the new rules. In other EU countries, no such insurance requirements had been enacted. It’s obvious the whole government machinery is swamped with dealing with the infighting over the UK’s plan to leave the EU. So maybe that’s the reason. Or maybe somebody – Parliament, the press? – could have checked this out first?

The UK fishing industry employs around 11,800 people: that’s about 10% more than Addenbrookes Hospital in Cambridge, just to put it in perspective. But its political profile is much higher than its size. There has been much talk about “taking back control” of fisheries policy if/when we leave the EU. This overlooks a number of key facts. Fish can swim. They don’t recognise national boundaries, so “British” fish are, in reality “European” fish. And many of the restrictions placed on catches over the years are based upon scientific evidence of overfishing and to ensure sustainability.

The amount of fish caught by British fishermen is the result of three figures:

A fuller analysis can be found on this FullFact page. But my conclusion is that, if anyone is not playing fair with the fishing industry, it is the UK Government.

Perhaps the most obvious example of where the EU seems to get the blame is railway privatisation. The disastrous decision to privatise the railway industry was taken by the John Major Government. Even Thatcher baulked at the idea. New Labour were too cowardly to reverse the decision while they had the opportunity. But the other major economies of the EU, including France, Germany, Italy and the Netherlands, have managed to keep their railways in public hands. Indeed, their state owned railway companies now own bits of ours. Deutche Bahn (Germany) owns Arriva, Nederlanse Spoorwegen (Netherlands) owns Abellio and SNCF (France) owns a stake in Govia.

The pie chart below shows that EU-based nationalised railways own more of the UK rail franchises than the UK private sector. The small UK public share is the East Coast Main Line, “temporarily” renationalised after the third collapse of the private franchise. 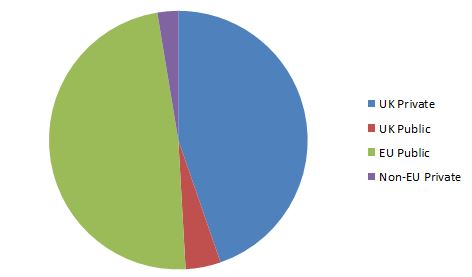 The upshot of all this: being a member of the EU is not a barrier to keeping the railways in public hands.

So what should have happened? Firstly, Parliament should do its job properly and pay more attention to the UK legislation passed on the basis of EU regulations. And the media should have spent more time in scrutiny of the way the EU and the UK parliament actually works, instead of spreading lies. Yes, I’m mainly criticising the Telegraph, Mail and Sun.

None of the countries in the rest of the EU really understands the rules of cricket And the Brits – in particular the English – don’t understand how the EU works. Perhaps that’s the underlying tragedy behind the dire position we find our country in.