Who remembers the Nudge Unit? It was all the rage and Cameron’s favourite “think tank” in the early days of the 2010-15 coalition government. Originally part of the Cabinet Office, it was privatized in 2014 and now goes under the name The Behavioural Insights Team. Its aim is still broadly the same: to use psychology and behavioural economics to inform policy making. 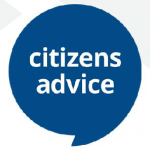 I was interested to note that Citizens Advice has commissioned this Team to produce a report, published last week, called Applying Behavioural Insights to Regulated Markets. I was keen to read their analysis and recommendations. It covers much the same ground as my blog post Cat and Mouse published last September. The new report is wider in scope than my post, covering energy (gas and electricity), telecoms, personal finance and pensions.

I explained in my earlier post Two Castles (Part 2) that free market fundamentalism – the guiding economic policy for over 30 years – is fatally flawed by two false assumptions:

It was encouraging to see the BIT report fully recognizes the second of these two points. The report says: “there is compelling evidence that consumer decision-making systematically strays from what would be expected from a ‘rational actor’ within economic theory. These systematic deviations, termed ‘behavioural biases’, can result in ‘behavioural market failures’, leading to poor outcomes for consumers.”

The report gives “compelling evidence” of these failures:

The report also quotes insights from psychology, using the terms “type one” and “type two” thinking. This approximates to the decision making processes in each half of the human brain. It includes an analysis of the different types of “behavioural biases”:

The report also goes on to make some useful recommendations about the actions regulators can take to address these problems. One example is in consumer education, what the report calls “simple heuristics”. These are simple rules of thumb to aid consumer decision making and which are likely to lead to a pretty good outcome most of the time.

But there is one glaring omission throughout the report’s 62 pages. It basically assumes that free markets are the ideal paradigm in all cases. Much of what is recommended is about changing human behaviour to make markets work better. That sacred cow has not yet been slain. Which is a shame – and an opportunity lost. Five out of ten, at best then, Behavioural Insights Team.

So we must turn elsewhere. Interestingly, the IMF has just published a paper, Neoliberalism: Oversold?, which is the second publication from them casting doubts on the great god of free market fundamentalism. (I wrote about the previous IMF paper in an earlier post: Inequality Damages Your Wealth.) I’m off to read the new report; it may be worth a future post…